Heat Level: Sensual
BUCCANEER BEAUTY is the story of Grace, Graínne, O’Malley, the beautiful daughter of a powerful Irish chieftain and a conventional mother. At the age of eleven, Graínne cuts her hair and sneaks aboard her father’s galley ship, determined to follow a life at sea and to seek the company of a handsome Scottish gallowglass, Bruce Donnel. Graínne proves herself a budding warrior when Spanish marauders invade her father’s vessel, but her parents have other plans for her. Though she proves an able sailor, Graínne is forced to marry Donal O’Flaherty, another powerful chieftain. Though enamored of Bruce Donnel, she nonetheless obeys her parents and proves an able helpmate to her violent and rash husband, continuing her own adventures at sea while raising children and supervising her husband’s home. Her heart, however, still belongs to a handsome Scot who she can never have.
Upon Donal’s death by ambush, Graínne continues her adventures along the Irish coast and Europe, secretly battling England’s growing power in her country. Alternately sleeping with the devil or manipulating the British authorities to her own ends, Graínne is determined to save her family and people from the tyranny imposed upon them by England. To make her family stronger, she weds Richard Bourke, one of the most powerful men in the region, but she can never forget Bruce Donnel and the passion he incited within her soul. Richard proves Graínne’s most stalwart supporter and she his, their minds and bodies uniting in an almost mystical union. Together, they faced the English with no fear—with only audacity and boundless courage. Still, the shadow of a youthful gallowglass intrudes on Graínne’s peace.
BUY LINK: http://www.amzn.com/B010MOFENQ/

“I wish you could come with me to Bunowen.” Grainne heard Bruce’s footsteps when he stepped on the hay spread along the barn. She looked up from grooming her chestnut horse.

“Now what would I be doing there?” Bruce ambled toward her and began stroking the mare’s nose. The horse stomped on the ground with her right front hoof and let out a fierce snort. The Scot took a step back.

“She thinks you mean to dishonor me.” Grainne grinned at him as she combed the horse’s mane. “My da gave her to me after that first voyage. Before that, I’d only had a pony. He said I could handle Anu after that.”

Bruce had regained his courage. He searched within the folds of his cloak and offered the horse a carrot. Anu gazed at him with what looked like suspicion, sniffing the tempting vegetable. “She’s a wild one.”

Grainne laughed and threw her arms around the animal’s long neck. “She’s a smart one, you’re meaning.” She stared at the now fully-grown man before her. His fair hair fell lightly onto his shoulders, and he wore the tartan trews typical of his people. She glanced at the way his muscular legs bulged within the tight material of his tartan trews. He’d spent most of his life yielding an axe, and Grainne didn’t want to admit to herself how lonely the months were when he returned to his native land with the rest of his men. “How old are you now, Bruce Donnel?”

Bruce watched as Anu took a generous bite from the carrot, then he lifted it to his own lips, grinning. “Older than you, Lady Grainne.” He studied her for a few minutes. “Twenty.”

“So no Highland Lass has won your heart, has she?” Grainne swept the coarse mane from the comb and tossed it aside. She wiped her hands on her trews and pushed a stray strand of hair from her face.

“No, my heart’s been stolen by an Irish goddess, but I can’t have her.” He turned to the pawing horse and shared the rest of his carrot.

Grainne’s heart hammered inside her breast. She took a deep breath and forced levity into her voice. “Who is she, pray tell?”

Bruce was suddenly so close to her that she could feel his hot breath feathering the slight hairs on her neck. “Don’t play with me, Grainne. It hurts too much.”

Grainne swallowed hard as her very being lurched with desire and aching need. Every sinew in her body wanted to wrap him within the all-consuming fire of her passion. She forced a laugh into her voice. “What hurts? By what I hear aboard ship you waste no time pining for the chieftain’s daughter. You’re quite the man about port. Many a Spanish and French lass can attest to that.”

“They mean nothing.” His fingertips lightly touched a strand of her hair, but he jerked away as if an electric jolt raced through his body. He added bitterly, “But you’re the daughter of one of the most powerful men in Connaught, and you’re soon to be the wife of another. I’m a poor mercenary.”

“Not so poor by what I’ve heard.” Grainne struggled to control her own rapid breathing. The heat of his body infiltrated her very pores. “Rumor has it you’ve farmland in the Highlands.”

Bruce’s face was very close to hers as he moved closer to her, his breath fanning against her lips as they lightly touched hers. Grainne involuntarily touched his cheek, her fingertips on fire and her own breathing sounding loud in her ears. “You’ve heard right. It would be a great place to raise sheep, if I had the right woman.”

“Aye. It would be in a place with the right woman.”

Grainne looked away, but she still felt his heat. He cupped her chin under with his thumb and forefinger, forcing her to look at him. His brown eyes bore into her soul. Grainne’s whole body grew hot, and she gently slapped away his hand. Turning from him, she replied softly over her shoulder, “I have to finish with Anu.”

“Would you leave with me, my wild rose?” Suddenly, Bruce’s powerful arms encircled her waist. He ran his lips along her neck as his hands shifted to her breasts.

Grainne turned to him, almost against her as though she couldn’t help her conscious will. In his arms, she wasn’t possessed of a mind at all, only an aching body that longed for sexual release. During her long journeys at sea, Grainne had acquired many unsavory sailors’ habits. She loved to game and swore in such a way that made her mother cross herself before flailing her only daughter, but Grainne had never given of herself to man. She’d purposefully withheld her sexual favors from the men inhabiting her father’s ships. Grainne was a chieftain’s daughter. She wouldn’t disgrace him or herself. 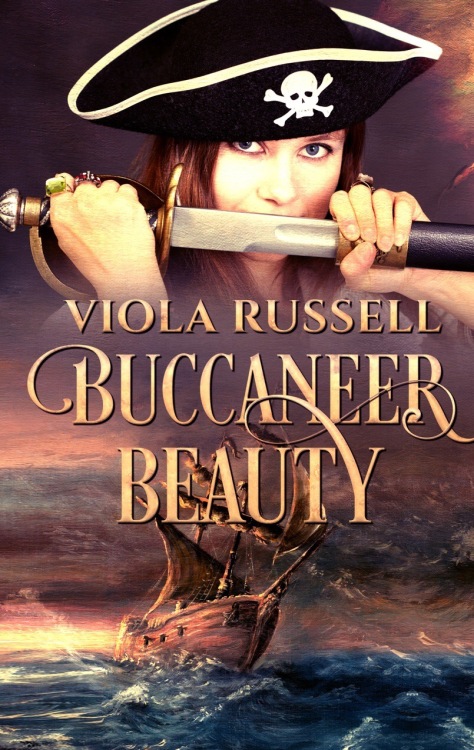