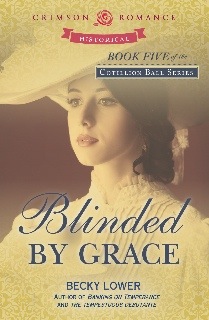 We’ll do the fun questions first. Feel free to edit a question if you need to.

Can you tell us a little about yourself?
I’ve never married, and have no children, so I have been lucky enough to have the flexibility to move around the country. I’ve lived in Ohio, Michigan, Washington, DC, Virginia, West Virginia, Arizona, and Texas. I’ve met amazing people in these various locations, and use both the locations and the people to create my stories. Couldn’t have done that if I’d stayed in one spot my whole life.

What is the most romantic thing your significant other or anyone has done for you?
This may not sound romantic, but when I was living in West Virginia, the only heat in my house was by a wood stove. I had a whole truckload of wood delivered, dumped in my driveway, and then had to rush to the airport to pick up my sweetie. When we arrived back at my house, I went inside to get dinner started and he stayed outside, stacking every single log for me without me asking him to do so. What would have taken me hours to do, he was able to accomplish while I was making dinner. It sure beat getting a box of chocolates!

I’ll be honest: that sounds pretty romantic to me!

Do you ever write in your PJs?
Most of the time, yes, I do. My most creative time is in the morning.

If you could be any cartoon character, who would you be, and why?
I’d love to be Nemo, since I’ve never been comfortable in the water.

White wine or red?
Depends on what’s for dinner. I like it all.

Vanilla or chocolate ice cream?
Vanilla. I’m not a chocolate girl, except at Easter.

Where and when do you prefer to do your writing?
I’m fortunate to have a home with a dedicated office. I have a lovely desk, it’s not far from the coffee pot, and my dog likes to come in and visit me, lying down in the spot where the sun comes in the window.

If you were deserted on an island, who are 3 famous people you would want with you?
Thomas Jefferson, Jedediah Smith and George Clooney. No women.

I’ll admit: I love my girlfriends, but I picked men, too. Why share all that attention?

So, who’s an actor you have a crush on?
I’ve always had a crush on Robert Redford. Just his hair, though. It was recently pointed out to me that most of my heroes have shaggy blond hair. And most male models don’t. I guess I need to change my hair crush to someone like Johnny Depp.

I love Robert Redford’s hair. My screensaver is a picture of him and Paul Newman from Butch Cassidy and the Sundance Kid. What is a movie or TV show that you watched recently and really enjoyed?
My sister was in town over Christmas and we saw Saving Mr. Banks, which was excellent. It’s about how Walt Disney turned the book, Mary Poppins, into the movie, and worked with the author to make it happen. When the author started to correct the script at the first line, it reminded me of something Nora Roberts once said about having her books turned into movies—Pick your battles.

Now comes the ones about your writing:

What made you decide to be an author?
I’ve always written, from a young age. I never took it seriously, though, and thought I needed to do something that was more like WORK in my professional life. So, I WORKED for years, the whole time vaguely discontented, knowing that I wasn’t doing what I really wanted to do. The economic depression in 2008 caused me to lose my job, and made me take the leap into becoming a legitimate writer.

How did you choose the genre you write in?
I write what I have read for years—historical and contemporary. I loved Julia Quinn’s Bridgerton series, but wanted to write about American history rather than Regency England. That’s how my Cotillion Ball series came to be. I also am a sucker for time-travel books, beginning with A Knight In Shining Armor by Jude Deveraux. My time-travel book has been written and rewritten time and again. Some day, I’ll finish it. And, as for contemporary romances, the gold standard is Nora Roberts.

Are you a pantser or a plotter and why?
I’m kind of a hybrid. I like to use Blake Snyder’s Beat Sheet to figure out the main plot points and then put it away and just let the story unfold. The book I’m working on now is one where I had to write the synopsis first, and I did it the same way. Put it away and didn’t look at it while I was writing the story. I’m about halfway done with it now, and pulled the synopsis out the other day and compared the two. I was amazed at how far my story has strayed from the original story line. Still the same story, just a whole lot different.

Is there a particular author who may have influenced you?
My all-time favorites are Nora Roberts, Julia Quinn and Jude Deveraux, obviously, although there are so many more that I admire.

What is your all time favorite book?
A Knight In Shining Armor. I read it every year, almost.

What is your favorite sentence or quote in your new release?
It’s a sentence from the mother of all the Fitzpatrick children. She’s a meddler in her children’s love lives, since it’s her job to get them all married off now. Her eldest, Halwyn, exposes her meddling and asks her how this has happened. Her response still makes me laugh: “Well, I suppose in the same way it’s been happening for thousands of years. Man meets woman, the pair spend time together, decide they care for each other well enough to spend the rest of their lives together, marry, and have a family.”

How much trouble did your characters give you while writing your new release? Which one gave you the most trouble and why?
This was the first book where there was an actual villain. He started out just being a mean guy, but, as the book went on, the stuff he was pulling got meaner and meaner. He became an abusive husband, caused accidents that could have killed people, gambled his money away. I had a hard time getting into his head, since it’s such foreign thinking to me. Although I do have a hard time passing a slot machine.


Where do you get your ideas from?
Where don’t I get ideas from?
A snippet of an overheard conversation, a billboard or a clever commercial, a sassy response from a reality TV star, or a line from a song. Those are all great idea-starters.
admire.

How did you choose your title?
Titles and cover art are so important. My Cotillion series began with a book called The Reluctant Debutante. The second one was The Abolitionist’s Secret. By the time I wrote the third one, I realized I was locked into three-word titles. I try to tie in a bit of the book’s story line into the title, but it’s really a process. Blinded By Grace is about a man who just got glasses to correct his nearsightedness, and is able to see across the ballroom for the first time. He spies a friend of his sisters, Grace, sitting alone across the room.

How do you cure writer’s block?
I’ve never had writer’s block. I always have more ideas than I have time. Sure, there are times when where to go next with the story can be problematic. And, if that happens, I’ll stop and write a quick blog, go back to my beat sheet and take a look at that, or cook something and just think about it for a while.

Do you have any advice for an aspiring writer?
Don’t put off what you really want to do until later. I know having a family and a job can make it seem like you just can’t find the time to write, but make yourself and your happiness a priority. Carve out an extra half-hour each day to take care of admire.

What is the best advice you’ve ever been given in regard to your writing?
To trust my writing. The reason my time-travel is still a WIP is because I shopped it around at contests and agents. I took every ounce of criticism and advice from them, and changed the story around to address all those comments. It sucked the life out of the story to do that. I didn’t trust myself and my writing enough to write the book I wanted to. I will, one day, finish it. I promise.

And, most recently, an editor told me to trust my reader. I was trying to explain the behavior of the villain, and doing it over and over. My editor said the reader would understand without the constant reminder. I ended up removing thirteen references to it. I really was pounding it over my readers’ heads. There’s nothing like a good editor.


Tell us about your new release:
In 1858 New York City, Halwyn Fitzpatrick thinks he’s off the hook for attendance at the annual Cotillion Ball. He has no sister to shepherd down the grand staircase this year and no real desire to go through the rituals of courtship and betrothal himself. Besides, he’ll know the right girl when he sees her, especially now that he has new spectacles. But his mother has other plans for him. At 27 years of age, her son is in dire need of a wife.

Grace Wagner needs a husband by July, in order to inherit the trust her father has left for her. Her stepfather, though, has other plans for the money, and the last thing he wants is for Grace to find a husband before she turns 21, thereby fulfilling the terms of the trust. She’s been in love with Halwyn since she was thirteen, but he hasn’t noticed her at any of the balls they’ve attended over the years. With the aid of his new spectacles, he spies Grace from across the room and they share a dance. Grace decides to present him with a business proposition that will satisfy them both. But, can a clueless knight in shining armor and a desperate damsel in distress find a way to turn a marriage of convenience into something more? 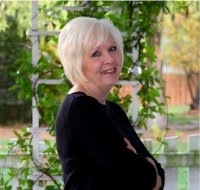